The segment is about the Tokyo TASK Manufacturing Awards.

These wards have many small but promising factories which develop original products using superior technologies. The aim of Tokyo TASK is to stimulate manufacturing by leveraging the economies of scale of four Tokyo wards in coordination with public authorities.

As part of that effort, the Tokyo TASK Manufacturing Awards are held each year.

Since the awards are being held again this year, ISHIKAWA WIRE NETTING Co.,Ltd received coverage as a past prizewinner. 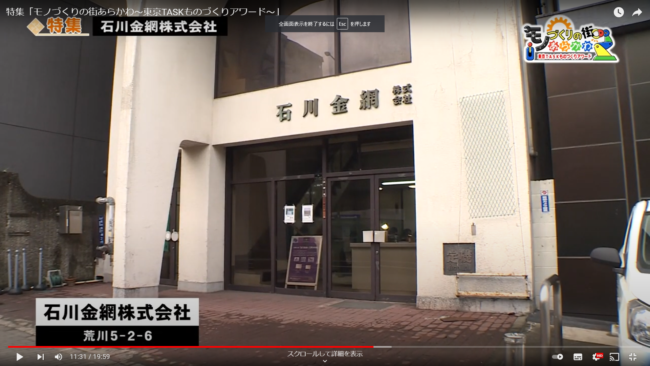 The president of our company appeared in an interview, giving us the inside story on the development of wire mesh origami. 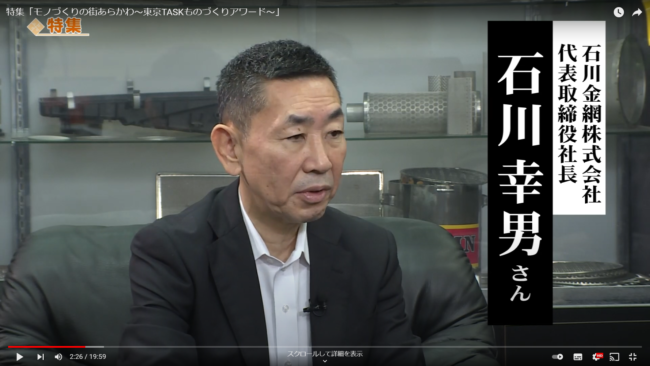 The presenter also tried her hand at wire mesh origami! 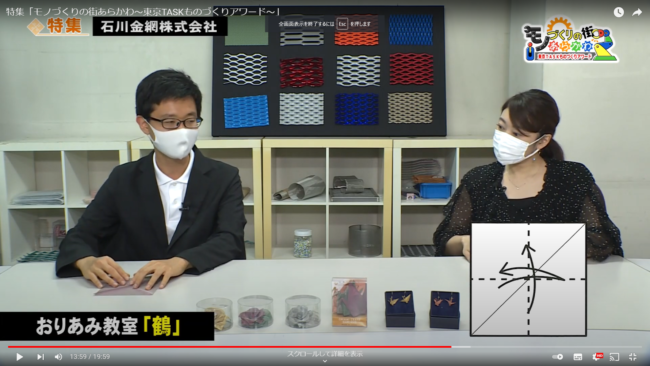 Additionally, it gives viewers a peek at the manufacturing process in our factory.

The program can be seen on YouTube. We hope you will give it a watch!